2 PCT Written Opinions For The Price Of 1 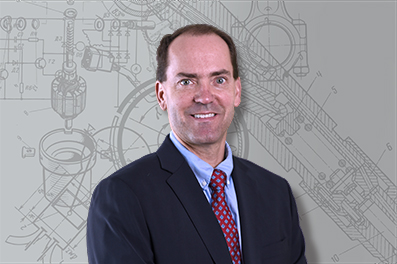 Law360, New York (January 26, 2012, 12:50 PM ET) — On Aug. 31, 2011, the European Patent Office issued new procedures making it much easier to get a second written opinion in Patent Cooperation Treaty patent applications. The new procedures are applicable when the EPO is the International Preliminary Examining Authority (IPEA) and are effective for applications in which the International Preliminary Examination Report (IPER) is due after Dec. 1, 2011.

Subject to certain conditions, the EPO will issue a second written opinion when an applicant files a substantive reply to a first written opinion established by the EPO. The procedural changes pose a strategic challenge for patent practitioners and applicants to decide how best to prosecute PCT and national applications.

For those not familiar with typical PCT prosecution, the process may involve two chapters. In Chapter 1, the International Searching Authority (ISA) issues a search report and a written opinion. Then, in Chapter 2, an applicant files a demand that is usually accompanied by arguments and perhaps amendments under Article 34. The IPEA considers the Article 34 filing, and then issues an IPER.

The IPER is the final decision of the IPEA regarding the novelty, inventiveness, and industrial applicability of the claimed subject matter, effectively ending examination of the PCT application. Although the PCT Rules have allowed the IPEA to issue a second written opinion and perform interviews before issuance of the IPER, this rarely occurred. Typically, the IPEA simply issued an IPER after receiving the demand and Article 34 amendment.

It should be noted that the EPO will not issue a second written opinion if a telephonic interview has been granted to an applicant. The examiner has discretion whether or not to grant an interview. However, because the examiner would not issue a second written opinion after an interview, it seems likely that applicant requested interviews are likely to be granted under the new procedures.

Filing a PCT application may now be a better strategy than only filing one or more national applications. For example, previously a company may have filed a U.S. nonprovisional application and foregone the filing of a PCT application. This strategy may have been followed because of the limited ability to present arguments and amendments in Chapter 2. However, by providing additional examination, PCT applicants will be in a better position to determine patentability in the international phase.

This benefit may be compounded in cases where the U.S. Patent and Trademark Office backlog is long because the EPO may provide meaningful patentability feedback faster than in U.S. prosecution. Furthermore, the patent prosecution highway is available for expedited U.S. prosecution when a positive written opinion or IPER is received.

For those who do file PCT applications, it may now be beneficial to designate the EPO as the IPEA if they had not done so before. For example, a company may have previously designated the office in which they are most likely to file a national stage application in order to reduce the chance of new art being cited when filing a national stage application. Alternately, an applicant may have previously designated an office with which they are most familiar or an office with the lowest fees. The strategy question to answer is whether having “a second bite at the apple” in the international examination stage overcomes those other considerations.

Once a decision has been made to file a PCT application and designate the EPO as the IPEA, the applicant needs to decide how best to take advantage of the expanded PCT prosecution afforded under the EPO procedures. Unlike typical patent prosecution, the applicant will have to decide between receiving a second written opinion and conducting an interview with the examiner. Strategy will of course have to be decided on a case-by-case basis. However, there may be strong reasons for proceeding with one or the other based on the ability to amend the claims.

When an applicant can amend the claims to overcome a rejection and still have acceptable claim coverage, the best course of action typically will be to file amendments and arguments in order to solicit a second written opinion or a positive IPER. The reasoning here is that an examiner is more likely to drop or amend a rejection in response to claim amendments than in response to arguments alone. If a second written opinion is issued, another round of arguments and amendments is available.

A more difficult decision is presented when the applicant does not want to amend the claims. Assuming that there is disagreement about the scope of the asserted art, the best course of action typically will be to perform an interview and forego a second written opinion. The interview/argument combination may be the most persuasive option. In the interview, the applicant can determine how the examiner is interpreting the asserted art, identify arguments that may be successful with the examiner, and persuade the examiner on the merits. The applicant can then follow up with arguments in writing that focus on subjects identified in the interview.

This strategy also avoids the possibility of the claims being thrice rejected. For example, if the applicant solely files arguments and the examiner is not persuaded, the claims will be rejected a second time in a second written opinion. Unless the examiner is convinced that his first two rejections were wrong, the claims will be rejected a third time in the IPER. Instead, by choosing the interview/argument combination the applicant has the best chance of being successful at the international stage, and in any event, will still be able to pursue the claims in national stage applications.

It is important to understand a client’s patent prosecution goals. Then, the advantages relating to the different types of filings and examination options should be identified in the context of those goals. Patent practitioners may find that the new EPO procedures will change the filing or prosecution advice they provide to their clients.